Mandu- The King of Korean Dumplings

The tradition of dumplings started thousands of years ago in China and spread to other Asian countries and beyond. Local tastes and preferences inspired styles large and small, wrappers thick and thin, and fillings sweet and savory. From gyoza to raviolis and empanadas to pierogies, dumplings are ubiquitous from high end tasting menus to homemade family meals. They are one of the most versatile foods in the world.

The Korean dumpling, King Mandu, was originally presented to the king with its impressive shape resembling the local delicacy, sea cucumber. Larger than a typical dumpling, it also features a wrapper so thin it is almost translucent, making it one of the heartiest dumplings you’ll find. The delicate pleating along its ridge provides a hand-made look and attractive presentation possibilities. Brooklyn-based Chef One is pleased to add this style to their already diverse dumpling selection.

Unlike conventional dumplings, which are typically served on the appetizer menu (potsticker style), the King Dumpling easy converts to an entrée by sautéing with veggies and sauce, adding to soup or even atop a unique salad. Each Chef One Chicken & Vegetable King Dumpling piece weighs 1.2oz with 50% more filling than a standard dumpling and a wrapper 25% thinner. The juicy mix of light and dark meat chicken is complemented by six assorted vegetables adding color and crunch (cabbage, kale, onion, carrot, celery and spinach). As always, Chef One maintains its quality and health standards by not using preservatives, artificial flavors or added MSG. 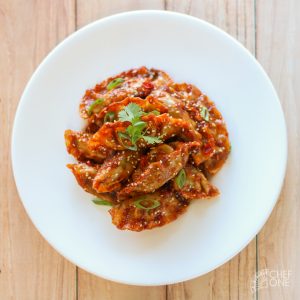 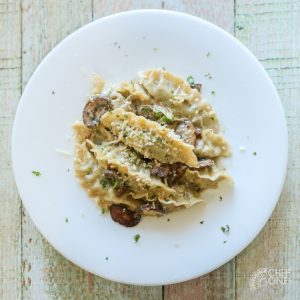 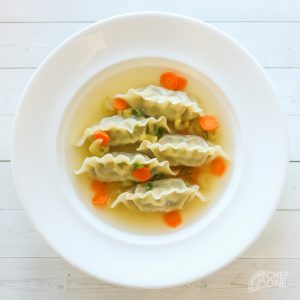 Want to learn more about our products?

“Top-notch dumplings! This company produces savory, delicious, not overly spicy dumplings which make for perfect snacks/appetizers. Some are perhaps a bit too salty for my taste, but that's their only flaw. And as another Yelper pointed out, this is a philanthropic business which really helps out their community. As someone who was born and reared in Brooklyn, I can really appreciate that.”